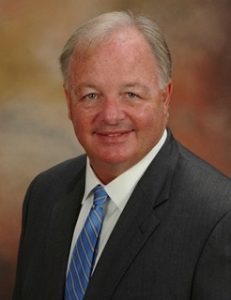 Florida criminal defense lawyer Mark Sieron has a reputation as a top attorney in the Clay County and Jacksonville area who delivers results. His hard work and passion for his profession are reasons why he has consistently earned the respect and admiration of clients, colleagues, and judges throughout North Florida.

Mark Sieron recently received his 20th AV Preeminent Acknowledgement rating by Martindale-Hubbell. AV Preeminent is a testament to the fact that a lawyer’s peers rank him or her at the highest level of professional and ethical excellence.

He has also been selected as a Super Lawyer, a very prestigious honor that only five percent of lawyers achieve.  Throughout his legal career, Mark has received many other numerous awards and honors from respected legal organizations.

After several successful years as a prosecutor, Mark accepted a position as a trial lawyer with Kopelousos, Head, Smith, Townsend & Metcalf, P.A., Clay County's largest and most respected law firm.  Five years later, he and Bob Aguilar became partners in the firm, which continues to this day as Aguilar & Sieron, P.A.  Mark has specialized in criminal defense for more than 30 years, proudly defending people from all walks of life. He has always held strong beliefs in the rights of all who are accused to receive the fairest treatment possible in our criminal justice system.

Mark was born at Eglin Air Force Base, Florida and grew up in a military family, living in Florida, Utah and Germany. After his father's retirement from the Air Force, the family settled in Crestview, a small town in Florida's panhandle. At Crestview Senior High, Mark was elected president of his senior class, captain of the football team, and captain of the track and field team. In 2013, he was honored by his induction into the Crestview High School Athletic Hall of Fame. At the University of Florida, Mark was regularly named to the Dean's List, while earning varsity letters on the track and field team and working for the school newspaper.