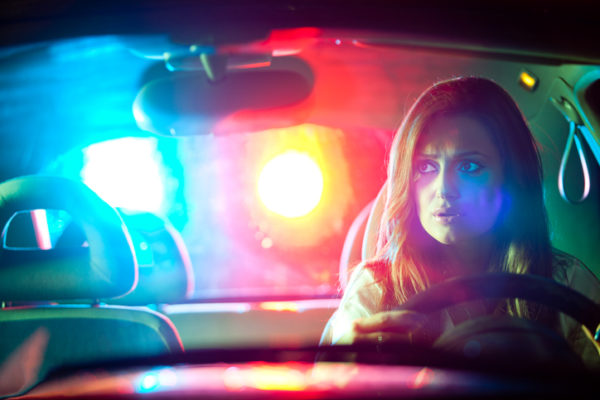 More and more district attorneys are giving up on breathalyzers.

In Massachusetts, a majority of the state's 11 district attorneys have stopped using breathalyzer test results as evidence in driving under the influence of alcohol cases. About three other DA offices have greatly reduced how often they rely on breathalyzers in court.

The problem, prosecutors say, is that breathalyzer test results are unreliable indicators of intoxication and impairment. Massachusetts DAs started to abandon the breathalyzer around 2015 when public safety officials issued a report concluding some of the test results were flawed.

A few years after that, about 27,000 people who had breathalyzer tests used against them in Massachusetts courts were informed they can apply for a retrial. Many breathalyzers used by Massachusetts police from June 2011 to April 2019 were not properly calibrated and were unable to deliver true information, a judge determined.

On top of that, a defense attorney is now alleging that the Massachusetts Office of Alcohol Testing used uncertified technicians to examine breathalyzers for things like calibration.  The lawyer is also questioning how results are reported to the state Registry of Motor Vehicles.

For years, defense attorneys and advocates for a fair justice system have argued against the use of breath tests in drunk driving cases. Test outcomes are too easily skewed by outside factors and user error.

Breathalyzer results can be influenced by:

Not everyone in Massachusetts is on board with the district attorneys logical decision. Gov. Charlie Baker's administration still claims breathalyzers produce trustworthy results. The Massachusetts State Police are also standing by the equipment and their ability to properly use it.

Without the ability to submit breathalyzer evidence, Massachusetts prosecutors will have to put more emphasis on subjective field sobriety tests and witness statements. This type of "evidence" is not very strong and largely based on opinion — not facts. It also must be considered that there are sober people who may have difficulty completing the tests to the satisfaction of an officer.

Not all Florida judges accept breathalyzers

In Florida, the breathalyzer has also lost clout, but is still used as evidence far too often.

Starting around 2010, some judges in counties across the state have barred breathalyzer evidence, though it is unclear how widespread this trend is. In 2014, a panel of seven Florida judges investigated breathalyzer results. They concluded that the breathalyzer they studied was a "magical black box" that produced "significant and continued anomalies."

Despite the proof of its failings, refusing to take a breathalyzer still carries repercussions in Florida. The state has an "implied consent" law that requires people lawfully arrested for DUI (also known as DWI) to take a blood, urine, or breath test. To "lawfully" arrest you for DUI, an officer must have probable cause to believe that you drove under the influence of drugs or alcohol.

If you unlawfully refuse to submit to the test, your license to drive may be suspended for up to one year for a first time and 18 months for a second instance. You can appeal this suspension later on.

If you agree to take a breathalyzer and the outcome is over 0.08% BAC, your license may be suspended for up to 6 months. If you are later convicted, the penalties for a first-offense DUI include:

Time and again, the breathalyzer test has been shown to provide unreliable evidence to support DUI charges. Still, there are many judges and juries who believe that breathalyzer results are bulletproof.  If you are facing DUI charges in the Jacksonville, Clay County, and the northeast Florida region, you need an aggressive, experienced attorney that understands the limits of the evidence against you.

Aguilar & Sieron, P.A., has been fighting for the rights of people accused of DUI for years. Our legal team knows the local legal system inside and out. We know how state and federal laws apply to your specific case. No charge is too complicated. The lawyers at Aguilar & Sieron, P.A., cannot be intimidated. We cut through the smoke and mirrors prosecutors use to dazzle judges and juries. We will fight to get you the best possible outcome for your case.

Contact Aguilar & Sieron, P.A., 24 hours a day, seven days a week, to request a free case consultation. We will listen to the details of your case and help you weigh your best legal options. With so much at stake for you and your family, you need the strongest defense available. Call our DUI law firm today.