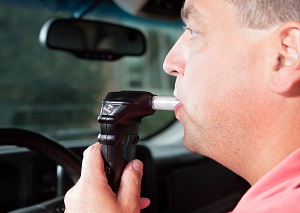 The bill has passed the first committee in the state House of Representatives, and it now must go through two additional committees before it is brought to the floor for a vote by the entire House. The bill is called House Bill 949 and it was introduced by State Representative Cord Byrd, who is a Republican from Neptune Beach.

If the bill passes, it will mean more stringent requirements for the application of IIDs, which are currently only installed in a limited number of situations. As it stands now, the use of an IID is required for six months after conviction for a first drunk driving offense only if the motorist had a blood alcohol concentration (BAC) higher than .15 percent or if they had a minor in the car at the time when they were driving impaired. Florida law also requires the installation of an IID by all repeat DUI offenders. The change has been long advocated for by Mothers Against Drunk Driving (MADD). MADD wants all states to require an ignition interlock device for any drunk driving conviction, including a first conviction.

Should First-Time Offenders Be Required to Have Ignition Interlock Devices?

With more than 10,000 people a year dying in drunk driving accidents nationally, there is a vested interest in curbing drunk driving offenses. However, there are questions regarding the effectiveness of these devices in preventing accidents and fatalities.

In the state of Florida alone, 68,236 motorists were stopped from driving with a BAC too high between 2006 and 2016, and just in the past year alone, 8,923 motorists were prevented from starting their cars after blowing into their ignition interlock device.

If Florida's proposed law passes and IIDs are mandatory for even first offenders, Florida would join 28 other states which have already passed similar requirements for all drivers with DUI convictions to use IIDS. Convicted drunk drivers would pay the price for Florida's new law, with IIDs costing approximately $3 daily.

To avoid a DUI conviction in Jacksonville, talk with one of our experienced criminal defense lawyers to learn more about your legal options.