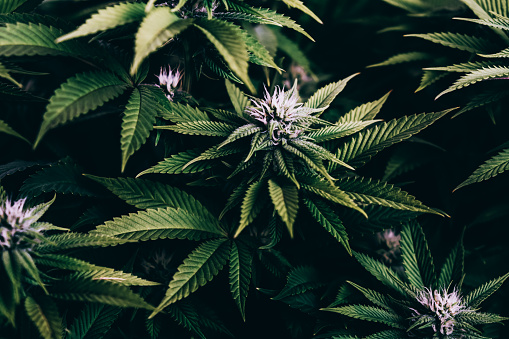 Whether you're looking for a new job or in search of housing, a cannabis conviction can come back to haunt you.

That may seem a bit harsh to some, which is why many experts are touting a new bill that would allow the expungement of a marijuana conviction as a good first step toward reforming Florida's marijuana laws, even though the proposed legislation is considered modest by some and is far from a sure thing of being passed by the House.

The measure (SB 468) is being sponsored by State Sen. Randolph Bracy and would allow those arrested for possession of 20 grams or less of cannabis to begin the process of having the arrest removed from their criminal record.

“The thing about this bill is that it’s an expungement bill. Meaning that the damage has already been done in a lot of people’s lives,” said Chris Cano, executive director of the Suncoast Chapter for the National Organization for the Reform of Marijuana Laws (NORML). "Some folks have served jail time for it. Some folks have been denied employment. Some folks have had their lives set back because of a cannabis possession charge.”

What is Florida's marijuana law?

Currently, there are over a dozen Florida cities or counties that have decriminalized possession of cannabis. For instance, an ordinance in Tampa that was approved in 2016 states people found with 20 grams or less of marijuana face only a civil citation.

That's a far lighter punishment than what others may have to deal with if arrested for possession of fewer than 20 grams of marijuana. The penalty for that offense may include up to a $1,000 fine, up to a year in jail, and having your driver's license revoked. Anything over 20 grams could result in up to 5 years in state prison, up to a $5,000 fine, and driver's license revocation.

Still, Cano notes some local governments are apprehensive about decriminalizing misdemeanor marijuana arrests due to similar bills stalling once they reach the House.

“Many are afraid to buck the system and they’re afraid to tell the Legislature, ‘no, this is something that’s important to us and our community and we’re going to address this here locally,’ because they’ve been stamped down so many times in the past by taking that approach,” Cano said.

Under the new law, there would be certain pre-conditions:

The proposed bill's House companion, HB 189, has not yet been heard in committee, making SB 468's future cloudy at best.

While this proposed law would certainly help Floridians avoid the severe penalties associated with some marijuana-related drug charges, history tells us it's likely to face a lot of pushback.

Without a doubt, the marijuana laws in Florida can be exceptionally confusing when you consider marijuana has been legal for medical purposes since 2017.

What's legal in one city may also not be allowed in another, and the ever-changing legal system only complicates things further.

If you or someone you love was arrested in Florida on marijuana charges, it's critical that you fully understand all your legal rights and options.

At Aguilar & Sieron, P.A., criminal defense attorney Mark Sieron is a former Florida prosecutor who knows the ins and outs of the legal system and understands what it takes to get marijuana charges reduced or dropped. Find out what our law firm can do for you.

Contact us today for a free case consultation. Our office is located in Green Cove Springs and we proudly serve clients in Clay County and throughout Northeast Florida.