Marijuana breathalyzer tests may soon become a reality, but will they work? 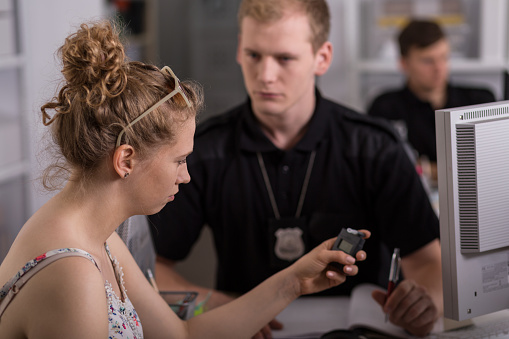 Recent technological advancements may soon result in marijuana breathalyzer tests being administered to determine if drivers are under the influence of marijuana, according to an in-depth article published by Discover Magazine.

Our attorneys recently discussed how breathalyzer test results for driving under the influence of alcohol are unreliable indicators of intoxication and impairment—but how do marijuana breathalyzers work? How accurate are they? Can drivers refuse to take such tests? And if they do, what are the consequences?

Below, you can find the answers to these questions and many more, thanks to criminal defense attorneys in Florida who regularly represent clients who have been charged with driving under the influence.

How do marijuana breathalyzers work?

Marijuana breathalyzers currently being developed are similar to devices widely used to test a person’s blood alcohol concentration (BAC) to determine if someone is driving under the influence of alcohol. However, instead of measuring the amount of alcohol in a person’s breath, marijuana breathalyzers measure the amount of delta-9-tetrahydrocannabinol (THC) in someone’s breath. THC is the main psychoactive chemical in cannabis.

Scientists and law enforcement officials believe marijuana breathalyzer tests are the most accurate way to measure the amount of THC in a person rather than other tests commonly used to measure someone’s BAC, including blood and urine tests. That’s because traces of THC can still be detected in marijuana urine tests up to one month after someone has smoked or ingested marijuana. In addition, the presence of marijuana can be detected in blood tests three weeks later. As a result, such tests do not accurately reflect whether a driver is high or under the influence of marijuana when a test is administered. Instead, marijuana blood or urine tests could produce false-positive results.

However, like alcohol breathalyzer tests, marijuana breathalyzer tests are not perfect, either. Such tests must be administered right away since the presence of THC can only be detected 2 to 3 hours after someone has smoked or consumed marijuana in edible form. In addition, mechanical errors (a machine used improperly) or human errors (test samples stored improperly) can sometimes produce inaccurate test results. That’s why it’s important to consult with a lawyer right away if you have been charged or arrested for driving under the influence of marijuana or another controlled substance.

Can you refuse to take a marijuana breathalyzer test?

If drivers refuse to take an alcohol breathalyzer test in Florida, their driver’s license can be subject to an immediate driver’s license suspension. The amount of time a person can lose their driver’s license depends on several factors, including previous DUI convictions. However, drivers may be able to keep their licenses in certain circumstances. This is why it’s important to consult with an attorney as soon as possible to learn more about your legal options.

Is it legal to drive in Florida after using marijuana?

The short answer is no. That’s because recreational marijuana use remains illegal in Florida. If you are stopped by police and you are in possession of marijuana, you could face significant fines and jail time depending on the amount of marijuana you have with you in your vehicle.

For example, if you have less than 20 grams of marijuana, the penalties for marijuana possession in Florida include up to 1 year in jail, up to a $1,000 fine, and suspension of your driver’s license for 6 to 12 months.

How can a criminal defense lawyer help if you're facing charges?

Marijuana charges in Florida can have serious consequences. This is why it’s critical to seek legal advice right away if you've been charged by police. Otherwise, you could lose your driver’s license, face significant fines, and even go to jail.

The criminal defense attorneys at Aguilar & Sieron, P.A. in Northeast Florida have years of experience handling complex cases. As a result, we’re familiar with the constantly evolving state and federal drug laws in Clay County and throughout Florida. We know which legal strategies can be the most effective to get your charges reduced or dropped, and we will fight for the best possible outcome in your case.

Make sure you take your criminal charges seriously right from the start. Contact our law firm and schedule an appointment today at our office in Green Cove Springs, Florida. We represent people facing serious criminal charges throughout Northeast Florida.